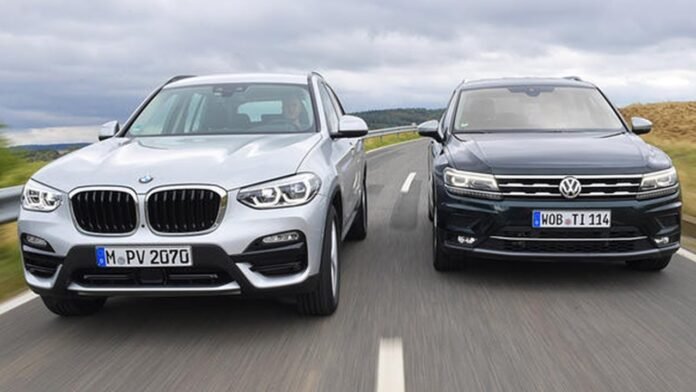 The European Commission on thursday fined German carmakers Volkswagen and BMW a total of 875 million euros ($1 billion) for colluding to curb the use of emissions cleaning technology they had developed.

The charges relate to conduct that took place between 2009 and 2014, when the carmakers held “regular technical meetings” to discuss the development of technology that eliminates harmful nitrogen-oxide emissions from diesel passenger cars, according to the Commission.

In 2015, the U.S. Environmental Protection Agency issued a notice of violation of the Clean Air Act to VW for intentionally adding software into its diesel engines to make it look like it was following emissions controls, when in reality its cars were actually producing far more than the legal amount.

“The five car manufacturers Daimler, BMW, Volkswagen, Audi and Porsche possessed the technology to reduce harmful emissions beyond what was legally required under EU emission standards.

But they avoided to compete on using this technology’s full potential to clean better than what is required by law. So today’s decision is about how legitimate technical cooperation went wrong.

And we do not tolerate it when companies collude. It is illegal under EU Antitrust rules. Competition and innovation on managing car pollution are essential for Europe to meet our ambitious Green Deal objectives.

And this decision shows that we will not hesitate to take action against all forms of cartel conduct putting in jeopardy this goal.”

“The Commission had “dropped most of its charges of antitrust violations” and cleared the carmaker of suspicion of using “prohibited defeat devices” to cheat on emissions tests.

This underlines that there has never been any allegation of unlawful manipulation of emission control systems by the BMW Group.”