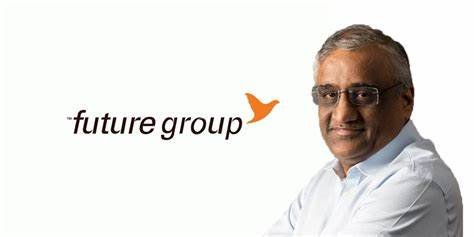 The National Company Law Tribunal (NCLT) on Wednesday ordered insolvency resolution proceedings against Future Retail and rejected objection raised by Amazon, which is involved in a bitter legal tussle with the debt-laden company.

The tribunal, presided by Justice P N Deshmukh and Shyam Babu Gautam, said it was admitting Bank of India’s plea under Section 7 of the Insolvency and Bankruptcy Code (IBC) for the initiation of the insolvency resolution process against FRL.

In April, BoI filed the petition before the tribunal after FRL defaulted paying Rs 3,495 crore under the one-time restructuring scheme.

Overall, FRL has defaulted on payment of Rs 5,322.32 crore to its lenders on account of the ongoing litigations with Amazon and other related issues.

Future Group’s proposed deal with Reliance that involved FRL also was opposed by Amazon. Later, the deal was called off.

BoI’s counsel Ravi Kadam, while filing the application for initiating the insolvency resolution proceedings, had informed that the consortium of lenders are supporting the petition and that it was necessary that the tribunal admits the plea in order to protect the assets of the company.

On May 12, Amazon filed an intervention application under Section 65 of the IBC that deals with provisions relating to penalty for fraudulent or malicious initiation of proceedings.

Amazon had opposed BoI’s petition alleging that the lender had colluded with FRL and that any bankruptcy proceedings at this stage would compromise the e-commerce company’s rights.

HDFC Bank to raise ₹2.7 trillion for merger with HDFC