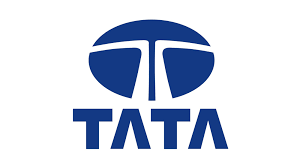 The Tata Group has decided to relocate three out of four airlines under its umbrella to one common office in Gurugram by March 2023.

As per the plan, there will be a common office for Air India, Air India Express and AirAsia India at Vatika One on One complex in Gurugram by early 2023. Beginning September, Air India has already started to vacate a number of offices presently housed in government premises across the country. The largest staff base of Air India at Airlines House, Safdarjung Complex, GSD Complex, and IGI Terminal One will move to an interim office space in Gurugram before relocating to Vatika One on One by early March.

The regionalized organization structure of Air India will also be disbanded and will be replaced with a centralised one, the airline said.

“This will allow consolidation of presently-dispersed teams, co-location of managers with their teams and physical adjacency of related functions,” the airline added.

The fourth airline in the Tata stable, Vistara, is currently located around 10 km away from Vatika One on One at Intellion Edge.

“It may only be a matter of time before Vistara also gets moved to Vatika One on One,” an industry expert said.

The Tata Group had reacquired Air India and Air India Express in Jan 2022 under a government-led strategic divestment programme. AirAsia India is a joint venture between Tata Sons and AirAsia Investment Limited (Malaysia) with the former holding a 83.67% stake in the airline and the latter at 16.33% stake. In an attempt towards greater synergy among Tata group airlines, Air India had proposed to acquire entire shareholding of the Tata group in AirAsia India in April. The Competition Commission of India approved the proposal in June.

Air India will increase its market share to around 30% on all routes: CEO

SpiceJet reintroduces option to lock fare for 48 hours with ‘SpiceLock’