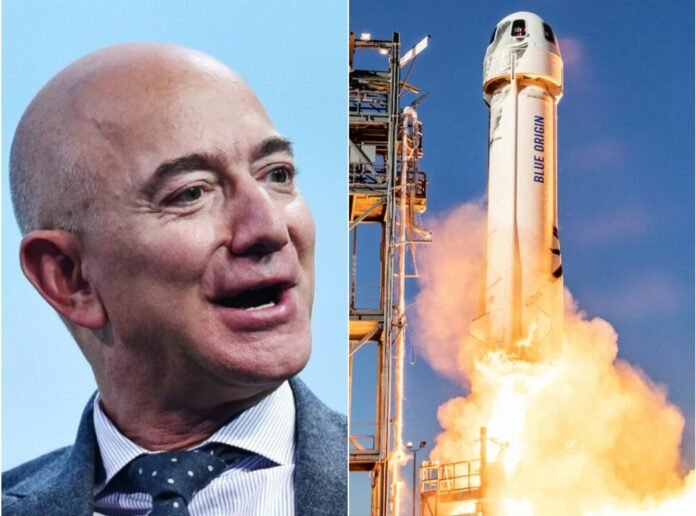 Amazon.com Inc. founder Jeff Bezos and three others landed after Blue Origin’s first flight to space with passengers aboard.

The company’s capsule touched down in West Texas at about 8:22 a.m. local time Tuesday, roughly 10 minutes after it launched on Blue Origin’s New Shepard rocket.

Bezos’s exited the capsule, wearing a cowboy hat, with his fellow passengers: his brother, Mark; Wally Funk, 82, a former astronaut trainee; and Oliver Daemen, the 18-year-old son of a Dutch financier.

Funk was the oldest person to travel to space and Daemen the youngest.

The Lift-off was slightly delayed and came at 1312 GMT from a remote facility in the west Texas desert called Launch Site One, some 25 miles (40 kilometers) north of the nearest town, Van Horn.

The capsule separated from its booster, and when it got high enough, the astronauts unbuckled and experienced space for three to four minutes.

The booster returned autonomously to a landing pad just north of its launch site, while the capsule fell back to Earth with three giant parachutes, and finally a thruster, for a gentle landing.

The founder of Amazon, Bezos, announced a $100 million “Courage and Civility” award upon his return to the planet.

This award will be conferred on leaders who engage the public to counter challenges facing the human race.

The first two “Courage and Civility” awards have been conferred on American political commentator Van Jones and celebrity chef José Andrés. Each of the award winners will receive a sum of $100 million.

Addressing a press conference to mark the success of his company Blue Origin’s first passenger spaceflight, Jeff Bezos said both Van Jones and José Andrés could donate the award money, if they wanted, either to one non-profit or split it among many.

The Amazon founder also said more of these awards could be given away to others in the future.

All about Blue Origin

Bezos, 57, founded Blue Origin in 2000 with the goal of one day building floating space colonies with artificial gravity where millions of people will work and live.

Today, the company is developing a heavy-lift orbital rocket called New Glenn and also a Moon lander it is hoping to contract to NASA.